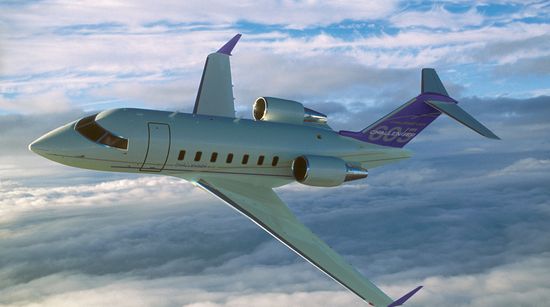 Before we were engulfed in the digital age, reporters depended mostly on human to human interactions to get the news. As a professional writer, you had to cultivate sources on the phone and in person.  You needed to be an expert listener and build trust with your sources.  It was a careful balance (as it is today) to get the story while protecting your source at the same time. Once you had the story, you had to cajole and horse trade to get a few sources to confirm the story on the record before you’d consider writing your piece.

I read somewhere recently that journalism is one of the few respected fields where you don’t need credentials to be really good.  It never occurred to me that this is true, although my experience certainly bears this out.  I’ve even heard it described more of a trade than a profession.

In the 90s, I was a columnist and a newsletter editor.  I penned an insidery trade publication that had a lot of clout in my corner of the tech market.  In those days, the trade and business media would rely on niche market newsletter editors to get the inside scoop on what was happening in the field.

One week, I had just gotten off the phone with a couple of sources who were spilling details about a big deal (measured in hundreds of millions) going on behind the scenes in Australia.  They happened to mention one of their company’s leading executives was flying home at that very moment after personally pitching the customer’s executive team.  These guys weren’t part of the leadership team, but they were solid sources. I could always trust them to be reliable, and them me. I checked in with them from time to time to confirm something I was hearing on the whisper circuit.  I had cultivated sources at many levels within the company I was covering by that time and getting confirmations was fairly easy when something big was going down.

The next day, I got a call from the corporate executive they had mentioned.  He wanted to talk to me about something unrelated, but mentioned that he was thinking of me the day before.  When I told him I was flattered he was thinking of me in his corporate jet half-way around the world, he was a little unsettled.  In fact, he really was shocked that I knew he had been flying back from Australia.

Things changed for me after that day.  The executives at the company became a little fearful of the deep sources I had inside the company.  A friend who was involved with someone doing PR for the corporation told him, “When Susan calls Dallas, butts pucker.”

That was a long time ago, and I’m not writing this to show off.  I want to use this example to explain something critical to getting to the truth of a matter.  In short it’s this:  in order for people to tell you the truth, they have to trust you. Earning someone’s trust is an iterative, slow process.  As a writer, you have to repeatedly demonstrate your sincere interest in learning the truth.  You have to carefully transcribe what a source told you into prose that accurately reflects what he or she said. And you have to wrap their testimony in accurate context – every time. No mistakes.  And above all, you can’t have an agenda in seeking out the truth.

Decent people want to tell you the truth.  There’s a powerful tool always working for a good reporter which is the human conscience.  Not surprisingly, unscrupulous people generally want to lie, confuse, and mislead you.

Where am I going with this?

Today’s political climate is filled with paranoia, distrust, and fear. Alternative news sources that are proliferating propaganda and skewed reports are reaching new audiences hungry to trust them as credible outlets. More importantly, serious news outlets being cast as dishonest and inaccurate are struggling adjusting to new business models.

“The media” – the highest profile, most revered publishers and broadcasters in the world – are under siege from factions (foreign and domestic) that benefit from their delegitimization.

While all this is true, I’m feeling optimistic that truth will ultimately prevail over media manipulation and “fake news.” In my experience, decent people operate regularly within a clear set of moral boundaries that define them.  These individuals will always seek reputable writers whom they trust implicitly to tell their truth.

While the media landscape is changing, what I know for certain is decent people share a common characteristic that transcends brands, pedigree, titles, or platforms.  It even transcends politics, race, ethnicity, and gender.

That common characteristic is integrity.

Good writers can sense it instinctively. Bad writers don’t need it. Networks of outlets and audiences strung together with alternative, fake stories will dissolve over time because they have no foundation. There will be too many disappointments and promises broken. A strong network based on mutual respect, trust, and honesty has truth as its bedrock. It grows only stronger and is reinforced with every interaction. At some point, it becomes impenetrable.

So, have faith in humanity as this new chapter in our history is written.  We’re going to survive this era by trusting ethical and moral principles that have stood the test of time.