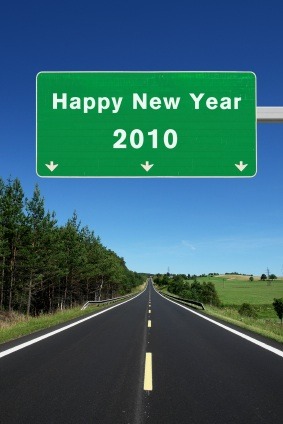 The decade that was (2000 – 2009) was pretty much a disaster. I am looking so forward to putting this lost decade behind me. In 2000, the industry that I loved and had dedicated my career to tanked, bring my career prospects, my investments, and my sense of security to a new low.   Of course, 9/11 happened in 2001 and I was personally affected when a family friend was taken who worked on the 102nd floor at Cantor Fitzgerald.   After 9/11, I made the decision to stop working.  I spent 2001 – 2005 at home being a wife and mother.  That only half-way worked out, as I had to file for divorce in 2006, which also coincided with a return to the workforce.

In 2006, I could not have been more unprepared to be a professional again.  I literally had to start from scratch with nothing– no current knowledge in a fiercely competitive tech market, no real contacts, no identifiable marketable skills.  I remember buying business clothes in a thrift store called, “Second Time Around”  thinking it was aptly named for my comeback. Broke and somewhat shattered emotionally, I started my trek back to work.  You can actually see this on the pages of my ITSinsider blog if you go back to the beginning in the archives.  I had no idea what I was going to do, but had an enormous pressure to make something happen to support myself and the kids.  I arrived on my current sector sometime in July of 2006.  In 2007, I was fortunate to find an actual job which required a relocation to Austin.   My house never sold, so I was finding myself sucked into the economic sinkhole that become the real estate crisis of 2007.  As the economy slid even further, I discovered I was losing my job by the end of 2008 and employment opportunities were becoming more and more scarce.  My daughter graduated high school with honors in 2009, but it was touch-n-go there for a while if she’d be able to attend the college of her choice.  Thankfully, to the good graces of a friend, she made it.

The remainder of this year, 2009, has indeed picked up, however, and it appears I am finally, thankfully on track. I was having dinner with a few friends last week, and one of them familiar with my travails mentioned that I should give myself credit for surviving and prevailing over some pretty tough odds.  This post is a reminder to myself that, ya, he’s right. In short, I am very eager to leave this decade behind.  Good riddance.  It’s not the worst I’ve ever had in my life, but I’m very hopeful the next decade will be one of the very best.

One thought on “Here’s to Ringing in the New Decade”