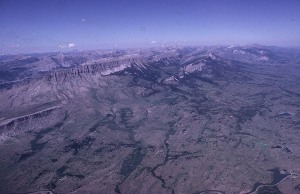 At Big Mountain Data, we believe that we can scrutinize the big data that surrounds the phenomenon of domestic violence and family abuse to find answers to solving this hidden-in-plain-sight national tragedy. With domestic violence affecting 75 women every hour, you have big data. It’s a problem at scale.  One comment we hear consistently when we’re talking to people in the field – at every level and type of organization – is that the data is a mess, so it’s hard to tell what’s working and what’s not in the fight against domestic violence.

September’s media circus associated with the NFL Ray Rice scandal, highlighted many experts and programs around the country.  In a 5-second clip on ABC’s This Week, I discovered Police Chief Marty Sumner of High Point, NC who said:

I listened to the clip again and again.  WHAT the HELL were they doing to put up results like that?  I had to find out.

So, I wrote to them.

I received a wonderful response from the department that included two downloadable PDFs that explained High Point’s offender-focused deterrence program.  This approach was exactly the approach we wanted to focus on – offender-based strategies.  I devoured the PDFs and did further research.  Soon enough, I had some ideas of my own how we could even improve upon what they were doing, and achieve greater exposure for their success story.

So I reached out to them again.  “Can we have a conversation?”

They liked our ideas and agreed to engage with us collaboratively in an online social network to gather ideas around projects and various initiatives. I brought in outside experts, and connected with their partners.  The first project we’re engaging on together is coming up this weekend in San Francisco.

I’m (more than) pleased to announce The High Point Police Department is now included in the inaugural Hackathon for Bayes Impact, a prestigious Y Combinator-backed nonprofit that applies Data Science for Social Good.  Our project is competing with The Gates Foundation and The White House.  How cool is that? 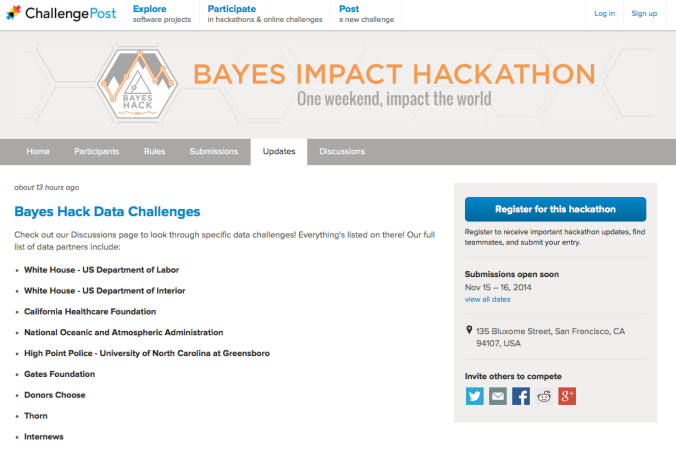 We are supplying four, rich datasets for the data science teams.  We are looking for one specific insight and one more general one.  As it turns out, the officers on the ground have a hunch on some key indicators that may lead to repeat domestic violence.  I choked up when Captain Tim Ellenberger said, “If we can intervene and deter the offender at the precise moment before the first arrest is made, we can prevent the cycle of violence from ever beginning.”  The data scientists will be able to see this indicator in the data.  Our second prompt is focused on the subgroup of repeat offenders and explores internal and external datasets to see what correlations exist that may identify actionable markers.

One of my favorite flicks of all times is, “The Butterfly Effect.”  I know it’s not an award-winning film, but the notion that one could go back and correct a devastating moment in history is a fantasy every victim entertains.  Behavior does not happen in a vacuum.  There are triggers, forces, and sets of circumstances that can be analyzed as discrete data sources. What used to be considered science fiction is now possible by identifying behavioral patterns that can prevent a lifetime of harm, and can even save lives.

It’s very exciting.  If Big Mountain Data closed today and this was ALL we did, I would celebrate heartily.  But, of course this is not all we’re doing. This is day one in our #fightback strategy of preventing family violence from stealing the lives and sanity of innocent victims.  We are fighting domestic violence with math and science.